I hate waiting in lines 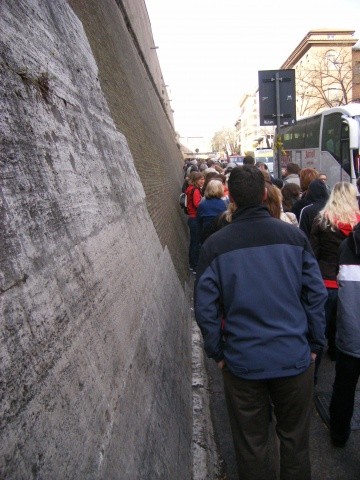 If I had known how much time would be spent waiting in lines today, I would have taken some anti-cranky pills first. We got off the metro and walked over to the Vatican Museum, surprised to already see a line forming considering the museum didn't open for another 20 minutes. So we got in line and slowly moved forward. Eventually we turned the corner and were dismayed to find the line extended another block! Slowly, slowly we moved forward and turned another corner. We still weren't there yet, but we could at least see the entrance.

We had two destinations in mind, the Sistine Chapel (of course) and the paintings room. We toured the paintings first and saw a lot of famous paintings and frescoes, and some very nice but not so famous ones. 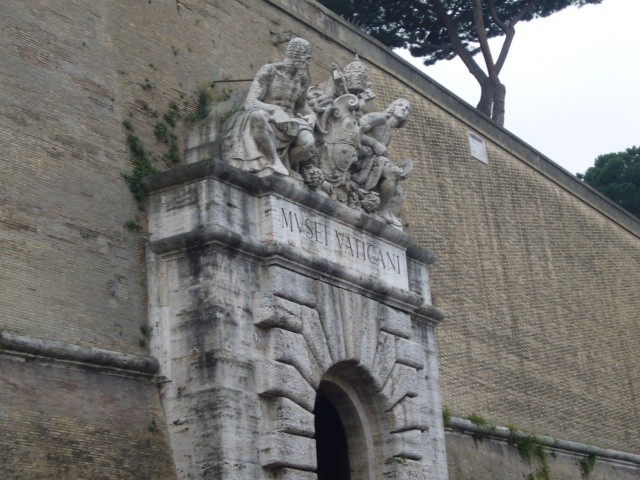 We also saw a Pieta (Mary holding Jesus after he came off the cross), but I'm not sure if this was the most famous one. I rather enjoyed the long Map Hall - I like maps. The tapestry hall was a little gruesome - I saw tapestries depicting the killing of children. Michele was impressed with the painted ceilings.

At last we made it to the Sistine Chapel and found out where everybody went that was ahead of us in line. It was packed but we found a place to stop and stare. It was not at all what I expected. You always picture the scene where God is reaching out to touch Adam's finger. But it was so much more than that. Most frescoes are a single large painting over the entire ceiling depicting a few scenes. 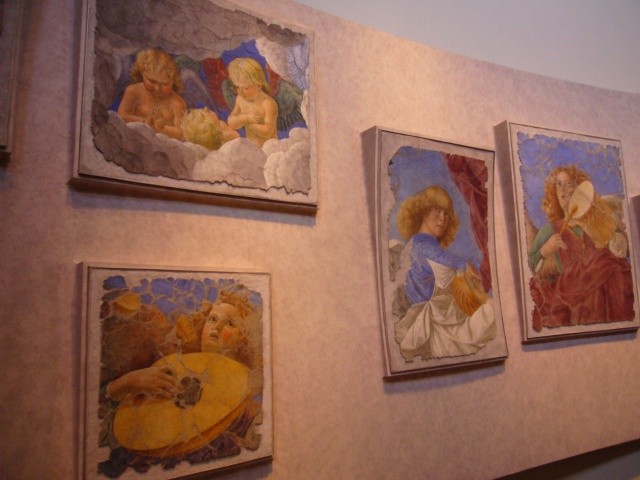 This one had several smaller rectangle scenes with naked figures in the corners and other frescos over the windows and on the sides. It was very busy. If you really wanted to get a good view of the ceiling, you should bring binoculars because the images are smaller than you might expect.

After a few minutes of sweating and craning our necks, we decided to move on. When we left we noticed the line to get in to the museum was about 4 blocks long. Yikes! Good thing we came when we did! We stopped for lunch at a little sidewalk cafe before moving on to St. Peter's Basilica.

It shouldn't have been a surprise, but it was. The line for St. Peter's extended 3/4 of the way around the circular plaza. Grumbling, we cut across the circle to pick up the end of the line, only to our dismay it was not the end of the line. 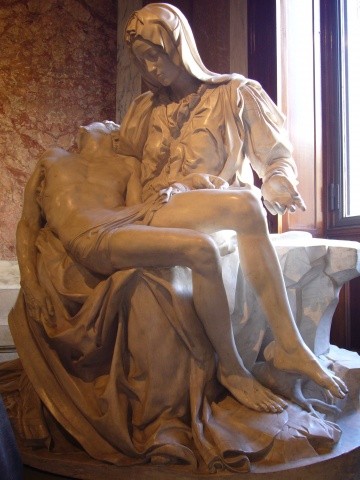 The line curved back on itself and ended in the center of the plaza. So we got in line and wondered how long it would take. It took us about an hour to move up to the security lines where you go through metal detectors. Finally!

On the way to the door we noticed a sign depicting the dress code. At first glance, I noticed the first girl's leg was missing, so I commented that if you are missing a leg you are not allowed in the church. And then we looked closer and figured out it was the dress code. We got up to the door and noticed two lines, one for the crypt and one for the cupola. Which one did we want? I thought the cupola was the dome and I didn't really feel like waiting in line some more just to go to the top of the dome. 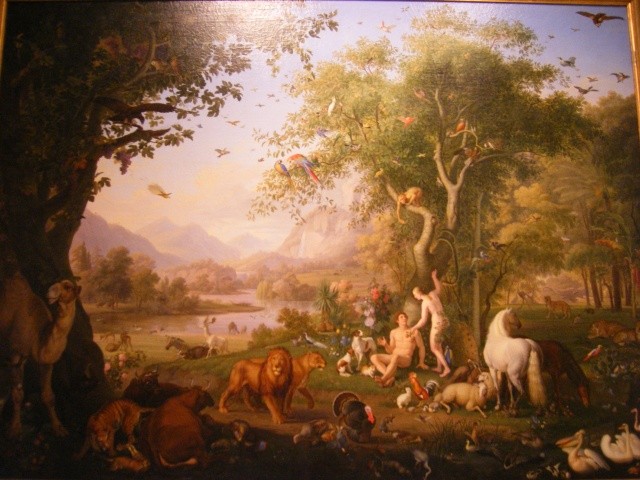 But we got in that line any way, for awhile. We figured everyone was in that line for a reason so it must be the one we wanted. It was a very slow moving line. We moved about 30 feet in 30 minutes so we were now just inside the door. And the line kept going. Yikes! We would be here all day. Michele and I were getting very crabby because a group of pushy Germans cut right in front of us. Clearly we were ahead of them, but they just kept talking to eachother and pushing their way through as if we weren't there. I was getting pretty burned out. We waited in line for St. Peter's for over an hour and a half. Way too long just to see a church. I was super cranky so I suggested we jump lines. 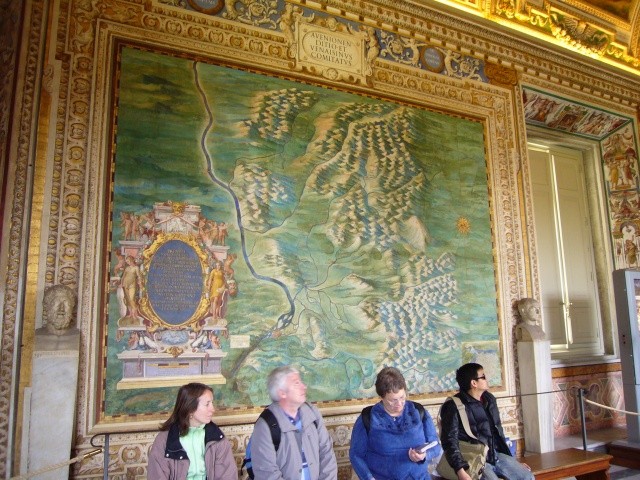 And that was probably a mistake. The line for the crypt was not really a line because no one really wanted to go see the crypt anyway. We wandered through the tombs of past popes. Not being Catholic, this didn't mean a lot to me. I was bummed that we wasted so much time and didn't get to see anything. I just wanted to see the inside of the church. I still don't know what the line was for - if it was to go up the dome or to just get in. We probably would have spent another hour in line, but I was so crabby I just wanted to get out of there.

On the way out, Michele decided we should use the bathroom and guess what? It had a line! So we waited another 20 minutes in line and I figured I might as well go, too. And I'm so glad I did because otherwise I wouldn't have had the opportunity to use a squatter toilet on this trip. Oh wait, I guess I could have gone with out that. I'm used to squatting in the woods (for work) and not used to aiming like that. Oh well, add it to the list of experiences. Now off to finish parts of Rome [Rome-travel-guide-278393] that we missed the other day. 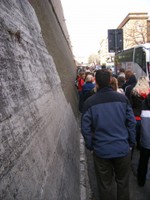 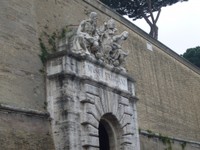 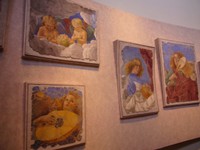 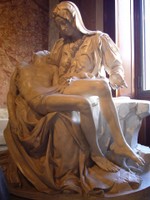 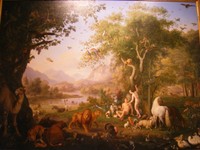 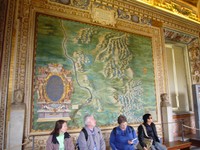 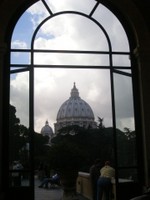 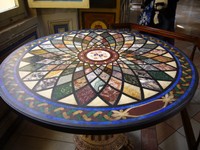 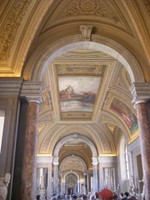 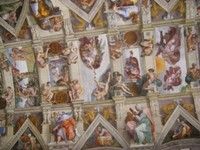 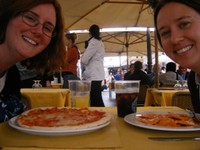 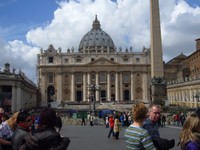 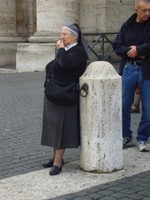 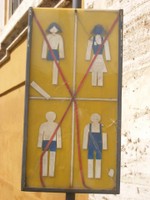 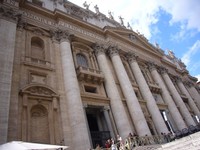 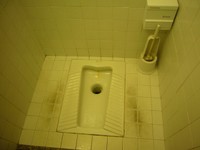 Previous Next Table of contents

Vatican seems a very busy place I must say.

This blog requires you to be a logged in member of Travellerspoint to place comments.

If you aren't a member of Travellerspoint yet, you can join for free.